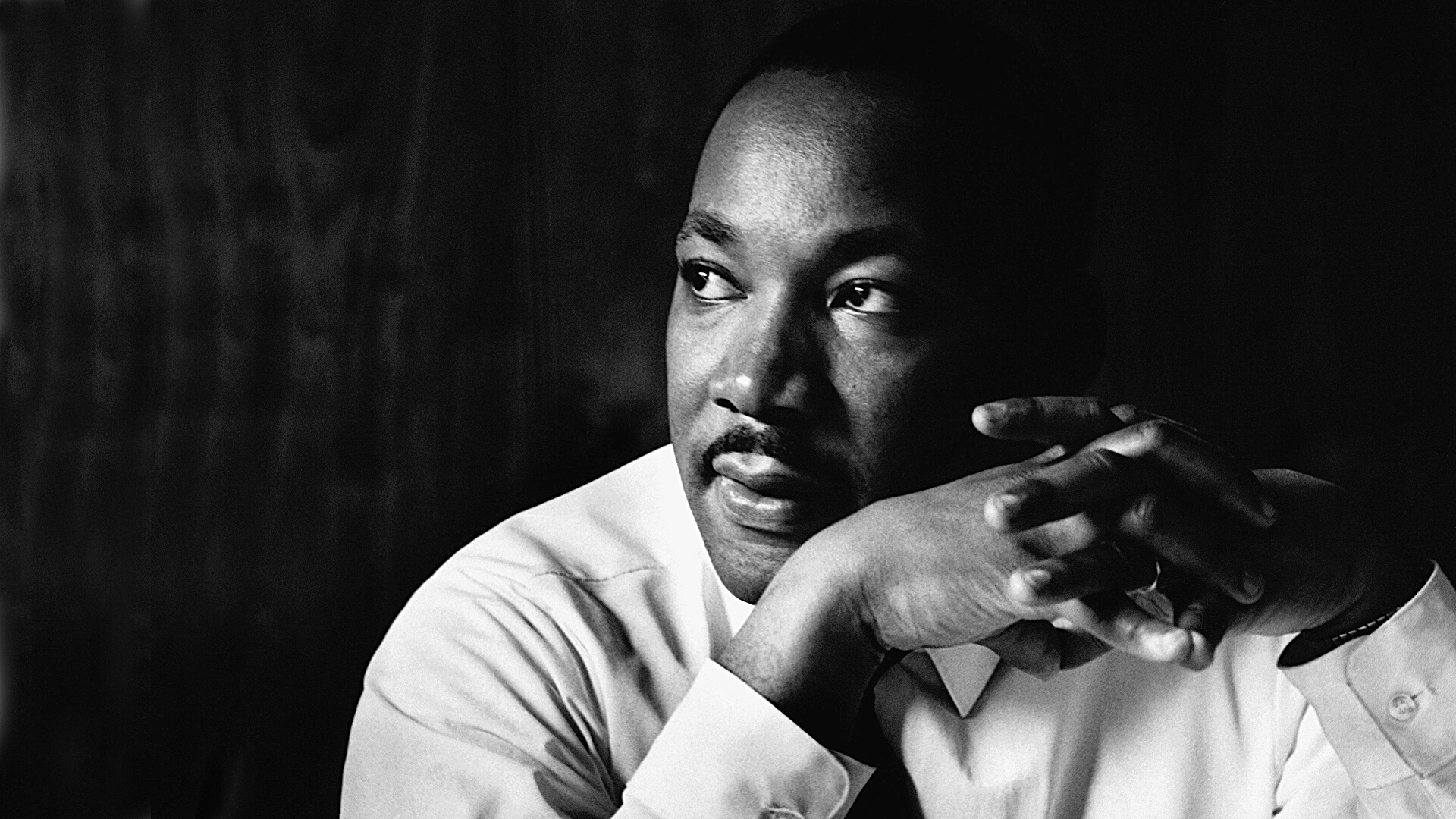 By King Culture TeamJanuary 17, 2021No Comments

On April 4, 1968, Dr. Martin Luther King, Jr. was shot and killed in Memphis, TN while standing on the balcony of his hotel room. While in Memphis, King was organizing support for local sanitation workers who were fighting for higher pay. The night before he was killed, King gave a speech – now frequently referred to as the “Mountaintop” speech – that gives us a peek into what King as a man considered to be his life’s purpose. It also revealed perhaps how King saw his place in the ultimate scheme of history.

In the speech, King begins by taking his listeners on a tour through history, through all the great and monumental events that have occurred over time. If given a choice of one moment in history in which to live, King’s answer was somewhat surprising. Despite all the tumult he went through and all the persecution and hardship he endured – from being hated, beaten, stabbed, and thrown in prison – King declared that he would not have wanted to live in any other moment in history besides the one in which he was living.

You see, in his short 39 years of life, King lived long enough to see what most may never see in a lifetime. He saw the world change. He saw a culture rocked to its core by being confronted with its own inner sickness; the hatred, indifference, and inequity that seemed to run at the center of American society. Though things had not totally transformed during his lifetime, though there was still much work yet to do, he lived to see cracks start to surface in the hardened heart of a nation that had become calloused towards injustice. The magnitude of this was not lost on him. Not only did he get to see it, he got to be a part of it. He stood on the front lines of a movement that impacted the world, a movement that would have ramifications for generations to come.

How many men could say, at the end of their lives, that they had fought for something epic, that they stood up against the giants of their time, that the legacy of their efforts would cast a positive shadow upon those who would come after them? Dr. King could, and those who walked with him could. Both King and his followers knew they were a part of something special, a valiant cause that expressed the eternal significance of their lives. This is what gave them the courage to fight and the steadfastness to stay the course of nonviolence even when things got hard, when the nights were long and the light of day seemed like it would never come.

So, you could forgive King for a little nostalgia in his final hours in Memphis. He came a long way and saw a great many things. He had challenged a nation to rise up and live up to the TRUE meaning of its creed as found in its founding documents; “We hold these truths to be self-evident that all men are created equal.” This is a creed that America had never really lived up to. Yet he held America’s own creed as a crown over its head and challenged it to measure up. And, though it had not reached perfection yet, he had watched America slowly grow taller to reach that crown.

Still, there was something in King’s words that night that revealed how he saw his life and the short time that he was given to live. Towards the end of his speech, King tells the story of a time a woman stabbed him in the chest with a letter opener while he was at a book signing in 1955. As he was being rushed to the hospital he was told not to speak or to even sneeze because, based on where the blade pierced his chest, it could cause severe damage. He was later told that if he had sneezed, his aorta would have been punctured, leading to certain death.

Though this may have been the closest he came to death up unto this point, it was nothing new. King and his family lived under a constant threat of death from the beginning of the Civil Rights movement. Everywhere he went, he received death threats and his life was always in danger. He fought, he spoke, he marched, knowing that at any time it might cost him his life. However, King would often say that one of the things that gave him courage during these moments was the knowledge that the cause he was fighting for was just. He was undeterred by the threat of death because he knew that any cause that is worth fighting must also be worth dying for.

In that final speech delivered the night before he was gunned down by an assassin’s bullet, King taught us the greatest lesson that we could ever learn as men. It is the final lesson we all must learn in the end. It is the one thing that only facing death can teach us. King understood that someday, all men die. However, life gives you a choice: you can die FROM something or you can die FOR something. Men who die FROM something live lives with no real purpose or meaning outside of their own selfish ambitions. They live lives of little lasting significance, regardless of how rich or famous they are, and they have very little impact on generations that will come after them. To spend a lifetime chasing empty dreams and selfish ambitions only leads to a life of emptiness and purposelessness. Money, fame, the accolades of men, could never quench the thirst in a man’s heart for a life of meaning and purpose.

Instead, men who follow King’s example decide to die FOR something by choosing to sacrifice their lives for a cause that is bigger than themselves. These men give of their time, their treasure, their gifts and talents, and even their lives for something bigger than themselves. They live lives that cast a shadow on future generations, the way King did. They understand that, in King’s words, “If a man hasn’t found something he will die for, he isn’t fit to live.” Jesus, the ultimate example of manhood, in my opinion, put it this way in Luke 17:33: “Whoever tries to keep their life will lose it, and whoever loses their life will preserve it.” Selfless men are willing to sacrifice their lives because they understand that no matter how hard the challenges they face may be, it’s worth it in the end.

Today, we honor Dr. King as a once in a generation figure because, through his life, he taught us how to live life with purpose; he introduced us to a higher, selfless standard for us to aspire to as men. Even though he was far from a perfect man, the brightness of the principles which he embodied through his life breaks through those imperfections and shines a light for generations of men to follow. King understood, and shows us with his life, that every man was designed by God to solve a problem, that all of us were made to fight for a cause that is bigger than, and beyond, ourselves. When we do, we are living life with purpose.

What about you? What purpose are you living for? Do you know the cause for which you are willing to selflessly give your life? One clue to discovering what this purpose or cause is for you as a man is finding out what issues or challenges break your heart the most. You see, there is no more powerful influence in a man’s quest for purpose than a broken heart. The things that break your heart as a man, the challenge that awakens that fighter in you, the cause that you feel most passionate about, the dream that inspires you the most, the desire that invigorates you the most, are windows into your purpose as a man. It is there a man finds the cause he was made to fight for. It is there he finds a purpose for his strength and learns that his life as a man is not all about him. Rather, it is about using his strength for the benefit of those that need him the most.

As we remember Dr. King on this day, let us be reminded of what his life taught us as men. As we think about the life that he sacrificed, let us remember the cause that he sacrificed his life for; the cause of justice. In light of his example, let us be brave enough to search our own hearts to find the cause that God has created us to fight for, the problem that we were created to solve, during our time on this planet. And let us be committed to fight for it, no matter the cost. When a man lives a life fighting for a purpose that is bigger than his own self-centered ambitions, his life gradually moves from being driven by selfishness to being driven by selflessness; from being dominated by pride to being dominated by humility; from being led by his ego to being more led by the pursuit of a meaningful purpose. If we do this, the legacy of heroic men, like Dr. King, will live on in us. 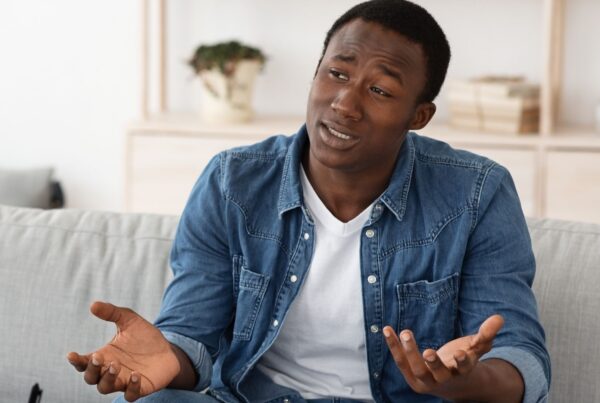 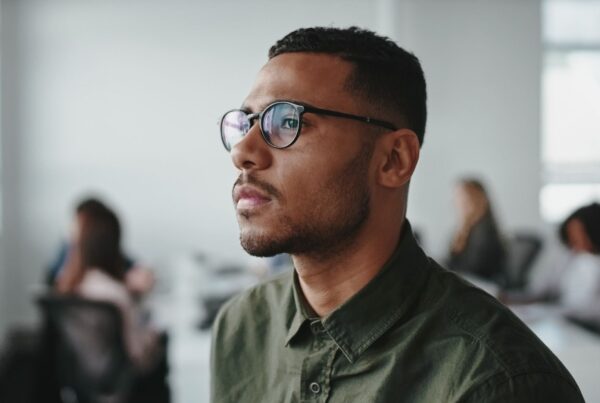